I've had my eye on a certain ebay store since the first time I started buying things online.

punkstuff/Hanger 19 offers a bunch of horror, goth, punk, and metal related items. They sell shirts, hoodies, and bags. I've always been partial to the bags, but they cost around $32 (including shipping to Australia) and I can't choose which one I like best! I'm leaning towards the bat skeleton print. Which do you like? 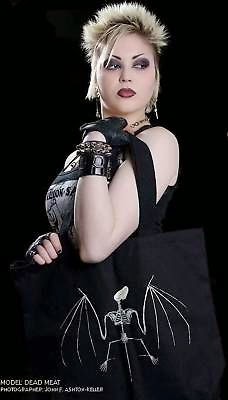 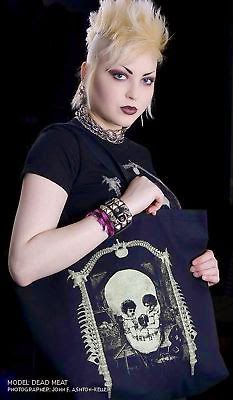 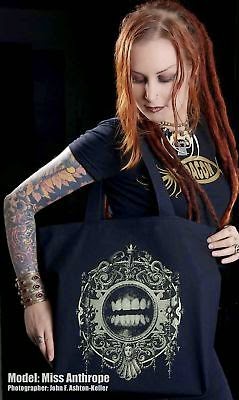 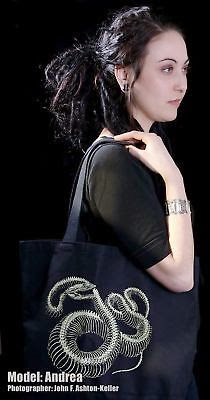 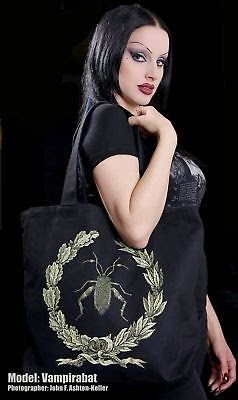 My last post was about working at Fringe this year. This one is about going to see a show!

Because I've been working so much I haven't really had a chance to see any shows, my shift finishes at 10:30 usually so I'm too tired to go out and see one.

I saw the Vaudevillians, with Jinx Monsoon from Ru Paul's Drag Race. The show is a cabaret, about two 1920's singers who were frozen and thawed out in the 21st century. They find that artists today have stolen their songs, so they sing us the 'original' 1920's version. Jinx Monsoon was a very talented singer.

I also saw Promise and Promiscuity, a one woman Jane Austen play. I was a bit worried about this one, because it's theatre, but anything to do with Jane Austen I'm there in a second! The woman doing the show did very well, she told a typical Jane Austen type story, very lighthearted and comedic, and she did each character with a different inflection so it was easy to follow. She made a nod at different Austen stories throughout, and she did some song and dance too.

Last Saturday I had the night off, so I went to see Eastend Cabaret with my Library co-worker/friend Marie. She hasn't been to any of the shows yet, so I wanted to show her around. 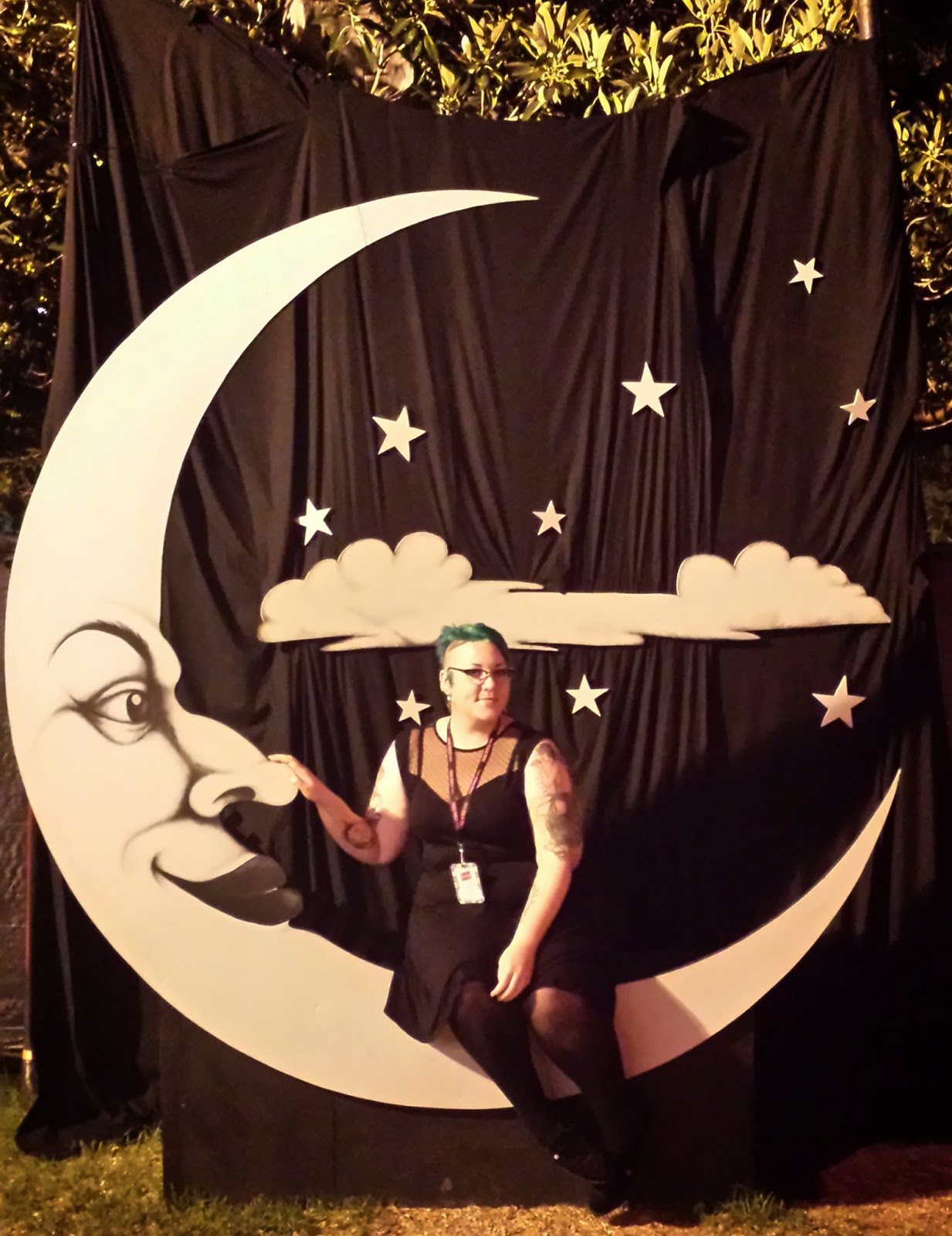 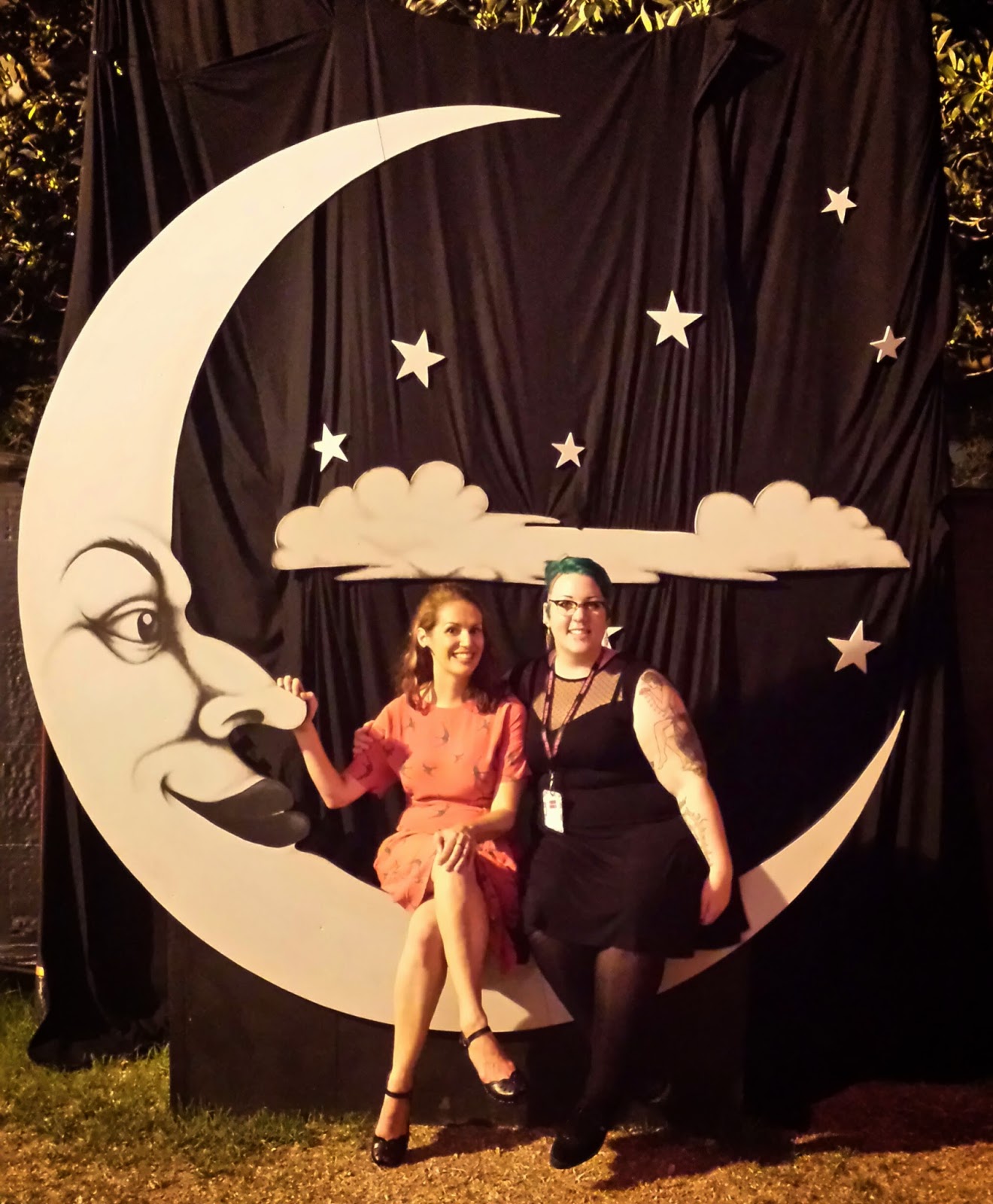 Here is Marie and me sitting on the moon. I think she really enjoyed Eastend Cabaret, we got really good seats so we could see all the action.
Posted by Natalie at 9:25 AM 1 comment:

Hi Guys,
I've been so busy for the last month working at Fringe World in Perth. I've worked here the last two years, which you may remember from past posts. I'm working in our second venue, The Pleasure Garden, which is in a nice park.

My job consists of hosting the lines, so standing outside the box office and helping people. Lots of people are in the wrong place, so it's easier to catch them before they have to line up for a long time. And many, many people have no idea what to see. I'm not allowed to 'recommend' anything, because that's unfair to other artists. Luckily, this late in the season a lot of things are sold out, so people will generally only have one option at the end of the night.

The festival ends next Sunday, so I have around four more shifts to go :) 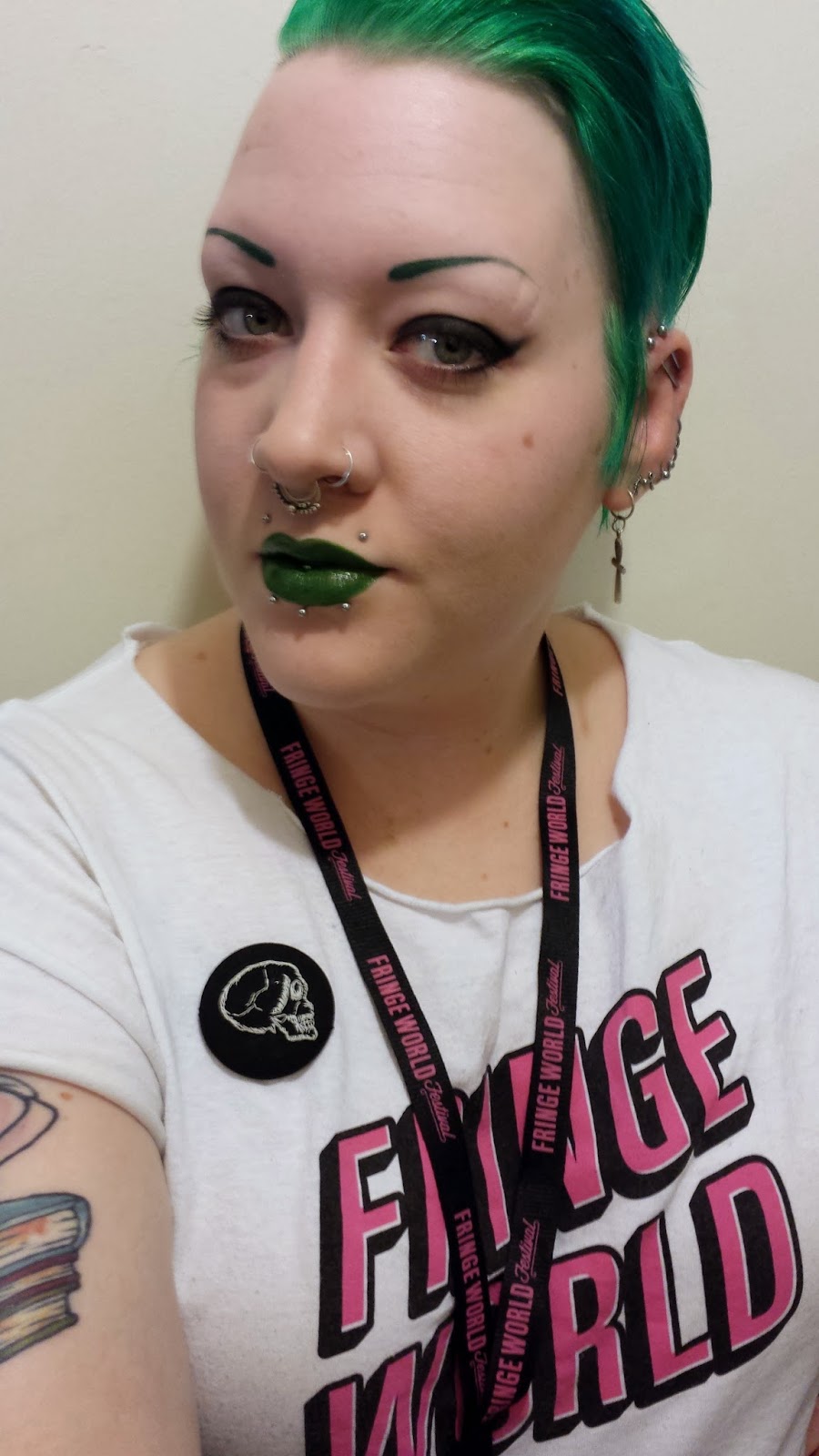 I also bought tickets for my Dad and Step-mum to see Eastend Cabaret yesterday, I haven't recieved a text from them yet to see if they liked it or not! I also made my box office coworkers brownies yesterday, which were much appreciated.
Posted by Natalie at 9:04 AM 2 comments:

Email ThisBlogThis!Share to TwitterShare to FacebookShare to Pinterest
Labels: Makeup

This month Franny over at The Curious Professor Z asked bloggers to describe what art projects we had laying around. Luckily for me, I started a crochet project not long ago.

I'm crocheting a granny blanket for my sister's birthday in April. I don't think she reads my blog, so I'm safe to mention this :)
I've never completed a knitting or crocheting project before, because I get bored of it.

I'm not doing a normal granny square, but instead a sunburst granny square which has some interesting textures. I'm using purple, which turned out looking pink in this photo. I would have chosen green but I couldn't find different shades.
I'm going to border the whole thing in black. Now I just need to make a million more of these squares! 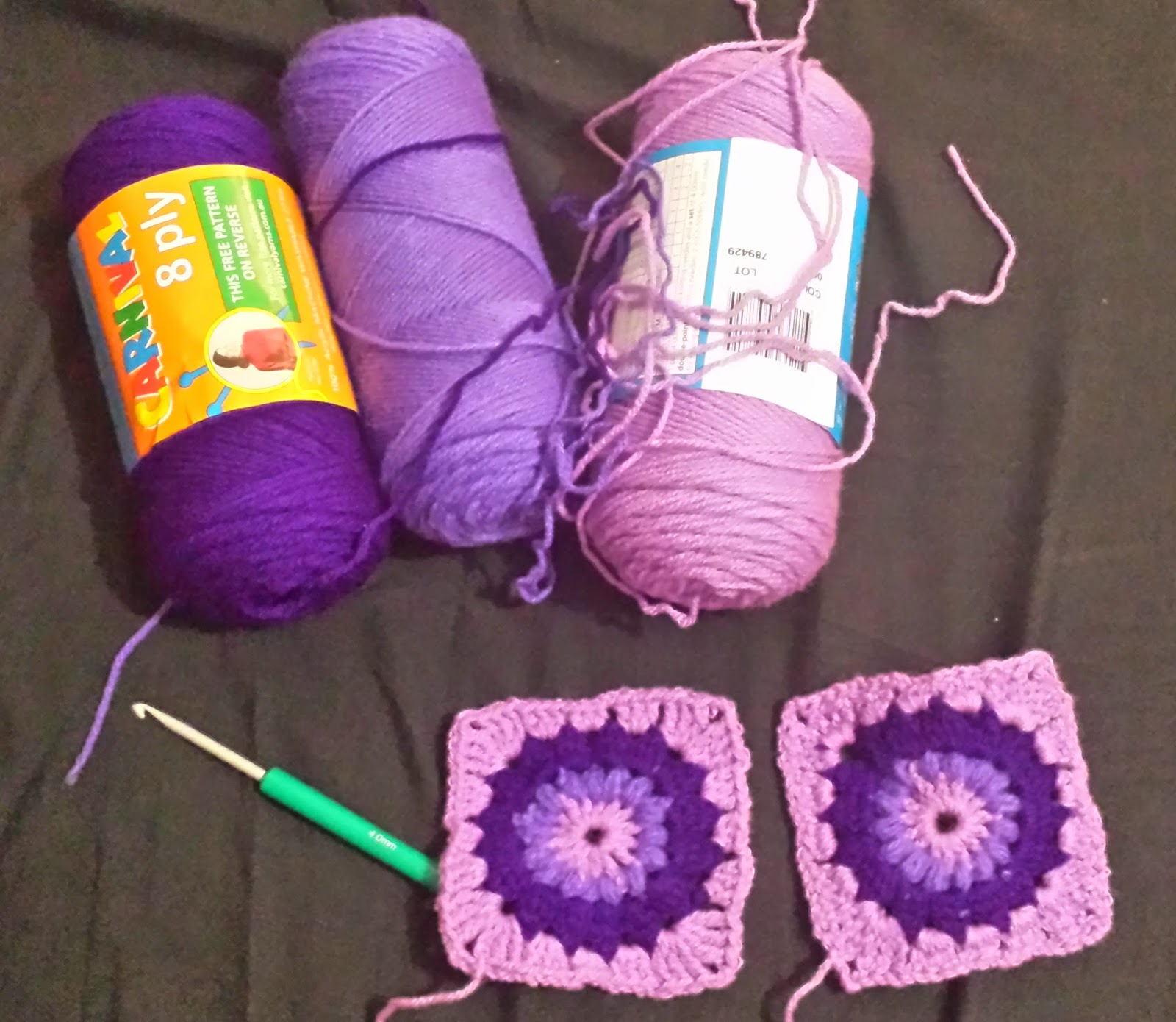 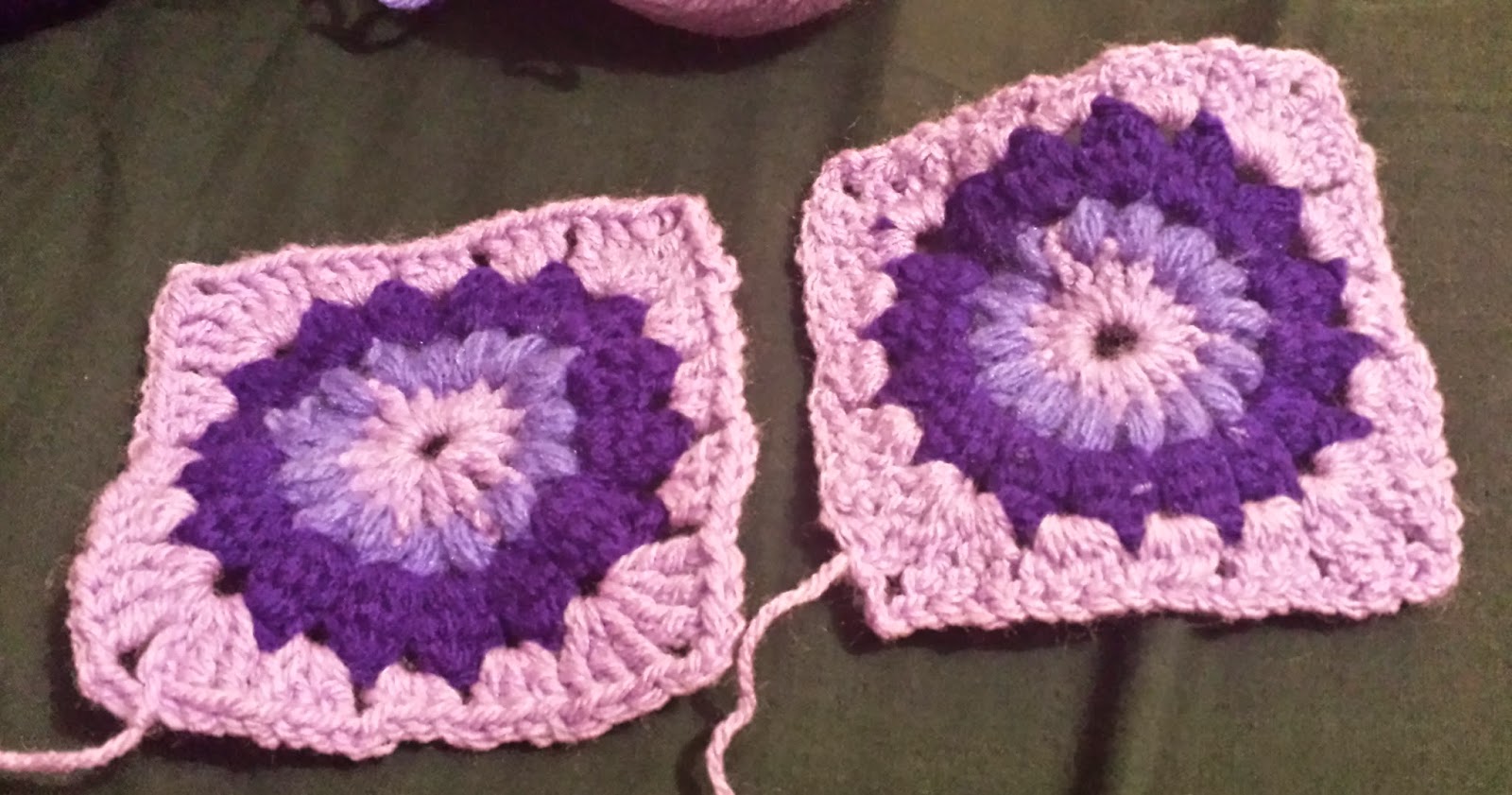 I find it very difficult to follow pattern instructions for knitting and crochet, I don't understand the abbreviations they use!! Instead I'm using YouTube videos, which really help me understand which stitch I'm doing and how to do it. The below video by Bella Coco is simple and to the point. I also find that a British accent helps too!

My squares don't look as fancy at the below example. I'm guessing because she uses expensive wool and I'm stuck with cheap acrylic.