When babybats research Goth music, Siouxsie Sioux is right next to Bauhaus and The Cure. I remember when I knew nothing about Goth music, I searched Internet forums for an idea of what I should listen to (this was when the Internet didn't have awesome information like it does now).The first Siouxsie song I listened to was Christine. My favourite song is most likely Cities In Dust, which always gets me on the dance floor 'pulling the cobwebs' with my hands.


It's no secret that I love backcombing. I used to have hair down to my butt, until I cut it shoulder length because I wanted to start backcombing. I wanted to look like Siouxsie and Robert Smith. I succeeded well, and no other Goth in Perth backcombed their hair. I was the only one. Backcombed hair became my staple, and friends who I only knew at the club wondered what I looked like with 'normal' hair. They didn't recognise me straight away in my normal day outfits with flat hair.

I've perfected my backcombing. The hairspray I use is Schwarzkopf Lacquer Taft Mega Strong Hold. I use a normal tail comb. I've regularly put up my hair, slept in it, and gone out the next night without having to restyle my hair. It's very epic.
I even made a youtube video about how to do Siouxsie hair! It's very old
It was only very recently that I shaved my hair so I could have a death-hawk (I've always wanted one)
I've also taken inspiration from Siouxsie's makeup. I pluck my eyebrows very straight, but I did this because I wanted to look like Theda Bara.
Here's an old photo of me with my hair in Siouxsie glory. I'm bending down, so my lower half looks really strange o_o; 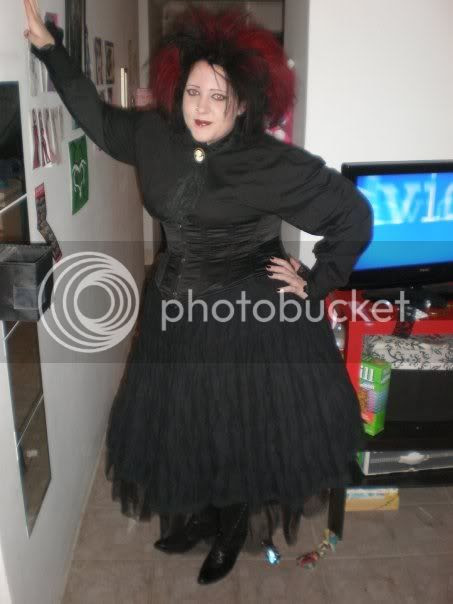 I've also had the chance to meet Steve Severin who was the guitarist in Siouxsie and the Banshees. He came to Perth during our film festival, his show involved him playing music along to various film pieces his chose.
I got to meet him afterwards! 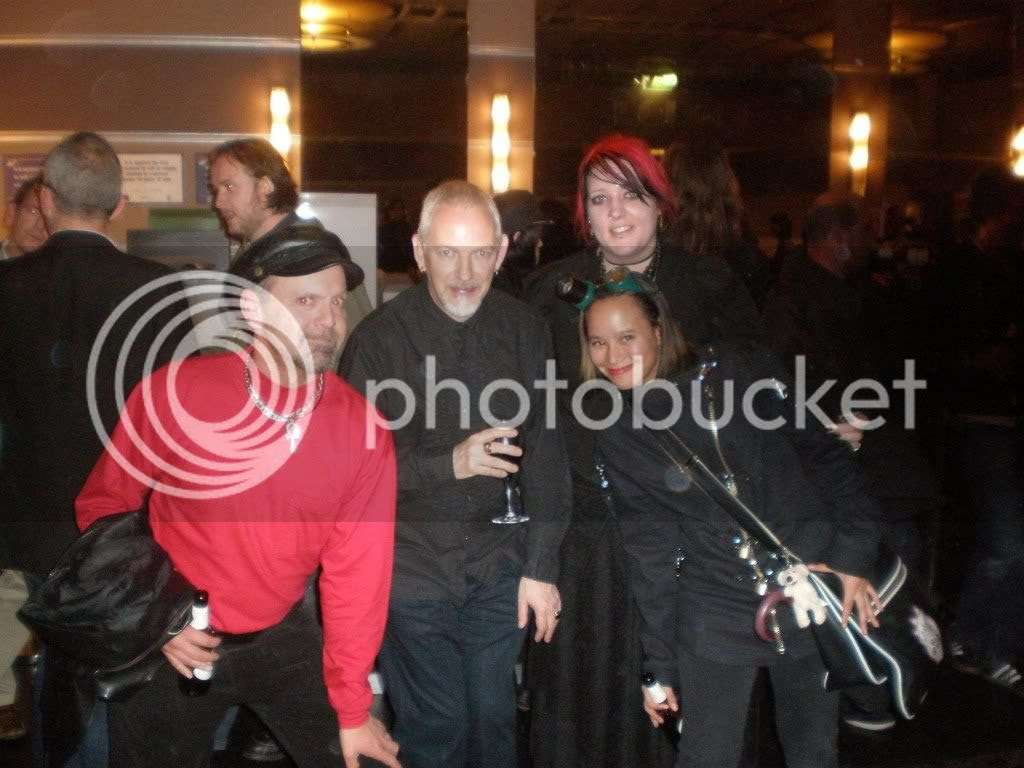 He's the dude with white hair in the middle. The other people are my friends.
I was a bit star struck but asked him a question. I told him that I had to record the show 'the Ascent of Money' as part of my library job. He did the music for it, and I asked if he enjoyed the show. He said that it was the type of show that sent him to sleep, and I agreed :)


This post is part of a theme for the Ladies In Black Facebook group
Posted by Natalie at 5:11 PM

Cities in Dust is pretty much my favorite song too :)
Lovely post and though you look fabulous now, I do love the photo of you in your Siouxsie Sioux glory as well!
<3

You really suit back combed hair :)

My story of how Siouxsie inspires my looks is quite similar to yours! As soons as I read about her I became a fan. Today, out of all that is considered "goth", Siouxsie is definately my favourite and my biggest influence.
I also cut my hair to backomb it like her, but I left part of the back of my head with long hair and just cut the top part of my hair. And I had already shaved the sides when I did that. And I also try to make my makeup like hers and I was quite inspired on Theda Bara too. haha But Siouxsie was obviously inspired by her so it's a very obvious influence!
But my favourite song would definetaly be Swimming Horses! And her look in the Dazzle video clip is my favourite!